Frame Building News is part of a growing network of magazines and trade shows owned by Shield Wall Media.

Frame Building News is a business-to-business publication that covers the news, companies, products, and information that professionals involved in post-frame building need. Originally launched in 1989, Frame Building News is the longest-running publication dedicated to post-frame building. It provides readers with constructive help through five issues each year, including an annual Post-Frame Directory and a Buildings of the Year edition. You will find technical information, practical tips and tricks, ideas and solutions to problems. Like all Shield Wall Media magazines, Frame Building News is free to construction trade professionals and free to those associated with the construction industry. It is available in both printed and digital formats.

Rural Builder magazine is part of a growing network of magazines and trade shows owned by Shield Wall Media.

Rural Builder is a business-to-business publication that covers the news, companies, products, and information that professionals involved in post- frame building, metal frame building, and other types
of rural construction, need. Originally launched as Farm Building News in 1967, Rural Builder works hard to provide constructive help with eight issues per year, including an annual Buyer’s Guide that puts suppliers and contractors in touch with each other. You will find tips and tricks, ideas and solutions for projects, and information about industry education and trade shows.

Metal Roofing Magazine is part of a growing network of magazines and trade shows owned by Shield Wall Media. Since its launch in 2001, it has grown to a circulation of more than 25,000.

This business-to-business magazine is the only publication specifically serving the needs of the metal roofing industry. The world of metal roofing is unique at every stage of the process, and Metal Roofing Magazine is there for it all, from coil and coating to manufacturing, installation and maintenance. Metal Roofing Magazine delivers valuable insight from the experts in the field, the latest in technical and technological advancements and how best to utilize the information, and details about the latest components and best practices surrounding metal roof construction, repair, and replacement. Whether print or online, when your advertising message appears in Metal Roofing Magazine, it will reach an audience of people seeking assistance and expertise about metal roofing from a source they trust.

Rollforming Magazine and Construction Rollforming Show are part of a growing network of magazines and trade shows owned by Shield Wall Media.

Rollforming Magazine is a business-to- business publication that specifically targets rollformers serving the construction industry. Originally launched in 2018, Rollforming publishes 6 issues per year, including an annual Buyers’ Guide that puts suppliers and contractors in touch with each other. If you want to know more about stationary and portable machines; panels, gutter or trim; coil, coatings, accessories, roll-former controls and software, this is your magazine.

Launched in January 2020, Garage, Shed & Carport Builder magazine is the newest and most comprehensive industry resource for ideas, information, and best business practices for professionals who build or sell small, special-use residential buildings. This is the only industry publication focused exclusively on this unique segment of residential construction. From tips and tricks to material insights and updates, readers will find information in every edition that will help make their business more profitable. Readers are served information through the magazine, which is published six times per year, and through its official website:

Roofing Elements is part of a growing network of magazines and trade shows owned by Shield Wall Media.

Simply put, Roofing Elements investigates how weather, heat, cold, wind, and other physical elements impact roofing and roofers. If you’ve dealt with wildfires, serious snowfall, ice dams, or severe winds, among others, you know there’s a lot of power behind these natural and even man-made situations. Roofing Elements is a source for better understanding how these factors affect roofs and installers. Launched in 2021, this business-to-business publication discusses the impact these instances can have on roofs of varying material, explore options for avoiding damage, preserving roof work and saving money, examine technical tips and best practices for installation and maintenance of roofs in light of these conditions, and review requirements and regulations influenced by the impact of varying elements.

Metal Builder (MB) was a section in Rural Builder starting in 2006 that featured a metal building contractor each month.  In 2007 it became a supplemental magazine that would polybag with Rural Builder and continued until 2011.  The supplement emphasized all aspects of metal in construction.  It was a natural potential sister publication, and it would fill the same niche for metal that Frame Building News filled for post frame, covering light gauge, red iron, SIPs and virtually everything that could be considered a metal building.

September 15, 2008, Lehman Brothers filed bankruptcy and the “Great Recession” put a huge dent in construction.  During the recession in 2009 steel prices plummeted from $175 per metric ton to $55 per metric ton.  When the economy came back, it went from a -2.4 decline to growing 2.6%.  Unfortunately that growth was accompanied by steel going to nearly 200 per metric ton in 2011.  That increase in material costs crushed the metal building industry and Metal Builder as a viable section of the magazine.

Eleven years later it is time to bring Metal Builder back to life.

Metal Builder will run as a quarterly section in Rural Builder for the remainder of 2022 and launch as a separate new magazine in 2023.  We hope you enjoy the oldest, new member of the Shield Wall family.

SUBSCRIBE FOR FREE
Pro Tips On Your
Metal Roof

Pro Tips On Your
Carport

Pro Tips On Your
Post-Frame Home

Many books are written by “industry experts”.  Your primary question should be the bone fides of the experts.  Pro Tips On is a new division of Shield Wall Media.  SWM publishes business to business construction magazines, including Metal Roofing, Frame Building and Rural Builder.  These three magazines alone have a combined history of over a century.  100,000 + builders, contractors and industry professionals look to Shield Wall Media for news, advice and best practices for construction.  In the Pro Tips On series, our contractors, actual subject matter experts share that information with you.

Written by industry experts, Pro Tips On educational books have been designed with consumers in mind. Readers will understand their building needs and likes so they end up with the quality result their investment deserves. The major areas of consideration have been broken down into five themed sections: Metal Roofing Essentials; Climate; Facts, Factors, Fashion & Financing; Look Before You Leap and an Inspirational Gallery full of gorgeous, quality, completed project images for all covered subjects.

The Construction Rollforming Show is unique. If you roll form or use benders or brakes to form panels, channel, studding, soffits, gutters, carport or other construction components this is your show. The educational programming and exhibitors are tailored specifically to companies that roll form or metal form for the construction industry. This IS NOT a show for small contractors. This is a specific niche of manufacturers and builders large enough to do their own fabrication and buy materials and components in pallet, container or truck load lots.

Since we publish magazines that have been around for decades, Shield Wall Media has long-standing relationships with suppliers and manufacturers. The Garage, Shed & Carport Builder Show brings many of them together so builders of special-use residential structures can find the materials and services they need all in one place. In addition to a robust exhibit hall, the show includes educational sessions and other networking opportunities for manufacturers and shed builders. 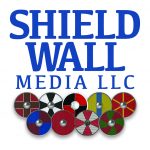 For more information or general inquiries please submit this form along with any questions or email to: [email protected].

Note: Max is the office dog, but to earn his cheese, he will be certain your request is forwarded to the appropriate person.